introduces the Persian Empire which is the name given to a series of dynasties centered in modern-day Iran that spanned several centuries, from the sixth century B.C. to the twentieth century A.D.

founded by Cyrus the Great around 550 B.C., became one of the largest empires in the world, stretching from Europe’s Balkan Peninsula in the West to India’s Indus Valley in the East.

sometimes called the Achaemenid Empire, was a global hub of culture, religion, science, art and technology for more than 200 years. But before Persian Empire, Persia (Iran) had different civilizations, one of them was An ancient Susiana civilization were among the first civilized civilization to emerge over 8800 years ago in today’s Khuzestan (Southwestern Iran).

Today, we know that these civilizations are much older than previous thoughts due to recent archeological discoveries. (Settlements at Susa date to 7th millennium B.C.E.).

In order to experience the evolution of civilization of Iran, you just need to text us. We prepare and organize the tour  for you. Tour and travel to Iran to discover and explore the ancient times of Iran.

We suggest you to choose this tour in autumn and winter or at the beginning of spring due to the hot weather in Ahvaz.

On arrival day you will meet your guide and he or she will transfer you to your hotel. The first impression of Tehran will be the rich culture and the history of this ancient land. The capital has some spectacular museums and Palaces. 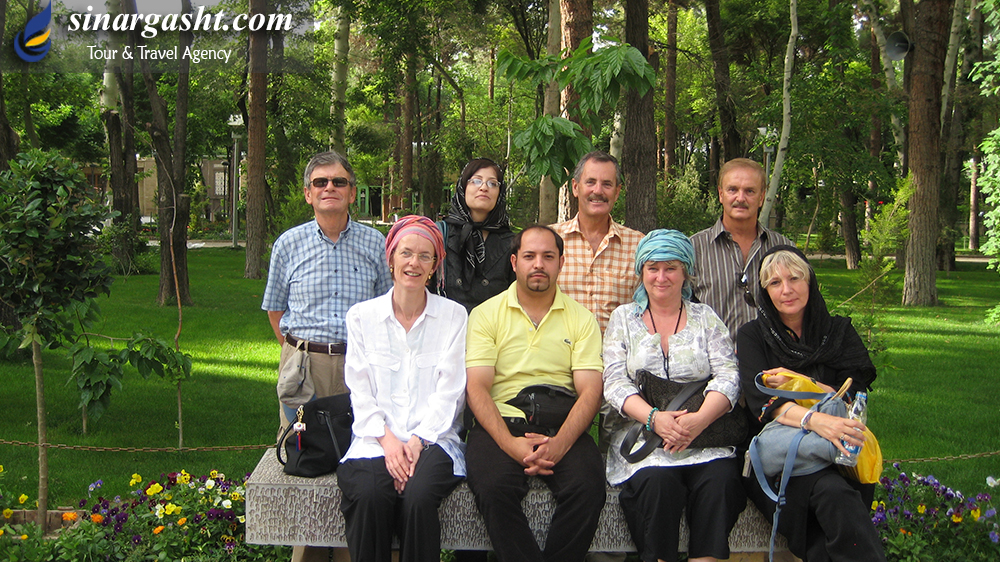 Your tour begins with archaeological museum which dates back to 20 . In this museum you will find marvelous collections of artifacts of ancient Iran, including the pottery, ceramics, and etc…mostly from Persepolis and Susa.

Then, you will head to the National Jewel museum in which you will visit the Priceless diamond Daryaye Noor. Lunch will be set in an Iranian Traditional restaurant.

Afterward, you will visit Golestan Garden which is made of several grand buildings set around a lovely garden. Seven of these are open to the public. Although there was a Safavid citadel on this site, it became the palace of Karim Khaan Zand, the founder of the Zand dynasty in the late 18th century and later on, The Qajar rulers in 19th century. 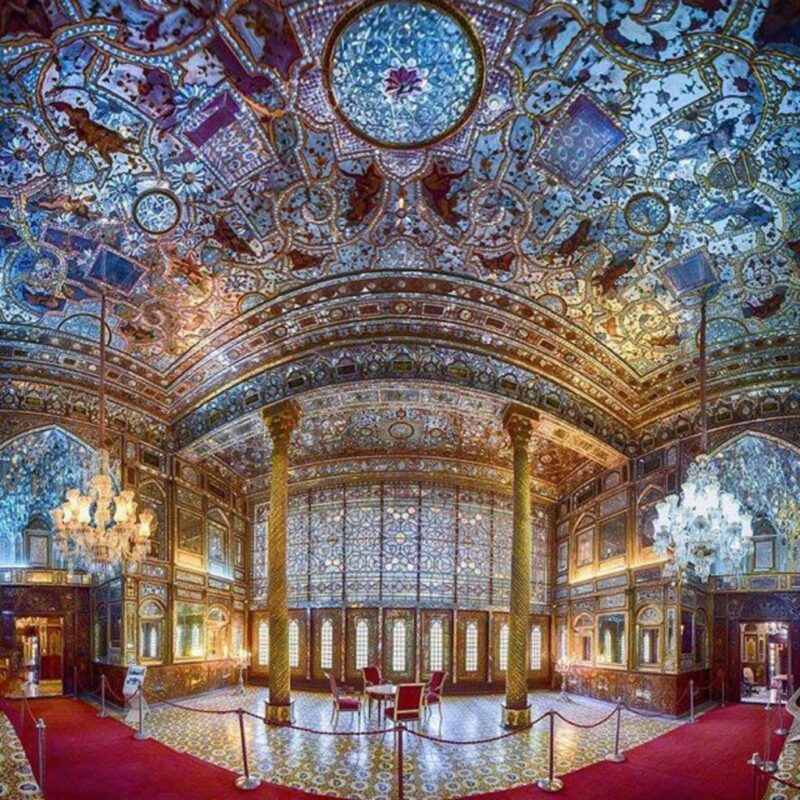 Your tour begins with Susa (Shush)

Susa was once among the greatest cities of ancient Persia. A vast archaeological site remains which might be less visually arresting than Chogha Zanbil, but is dominated by splendid 19th-century guardian castle. With its enigmatic tomb of Danial. One of Iran`s (UNESCO World Heritage) sites, Chogha Zanbil`s magnificent brick Ziggurat is the best surviving example of Elamite architecture anywhere. Even if you are not a fan of ancient monuments, the great bulk and semi-desert isolation of Chogha Zanbil is impressive.

On the way to Shiraz you will visit Bishapur that is the Sassanian town and the bass reliefs in Tange chogan. 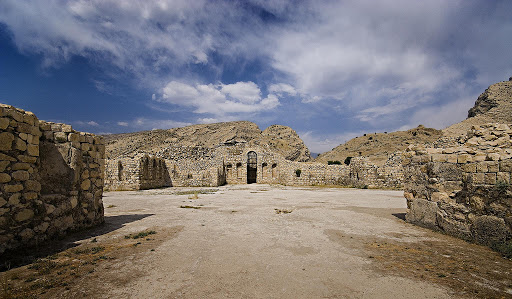 Shiraz is the city of sophistication and always famous as the heartland of Persian culture(The highlight of the Persian legacy tour). In its heyday, the city was given to the epithet of Dar-Ol-Elm. (House of Learning) and became synonymous with Education, Nightingale, poetry, and roses. 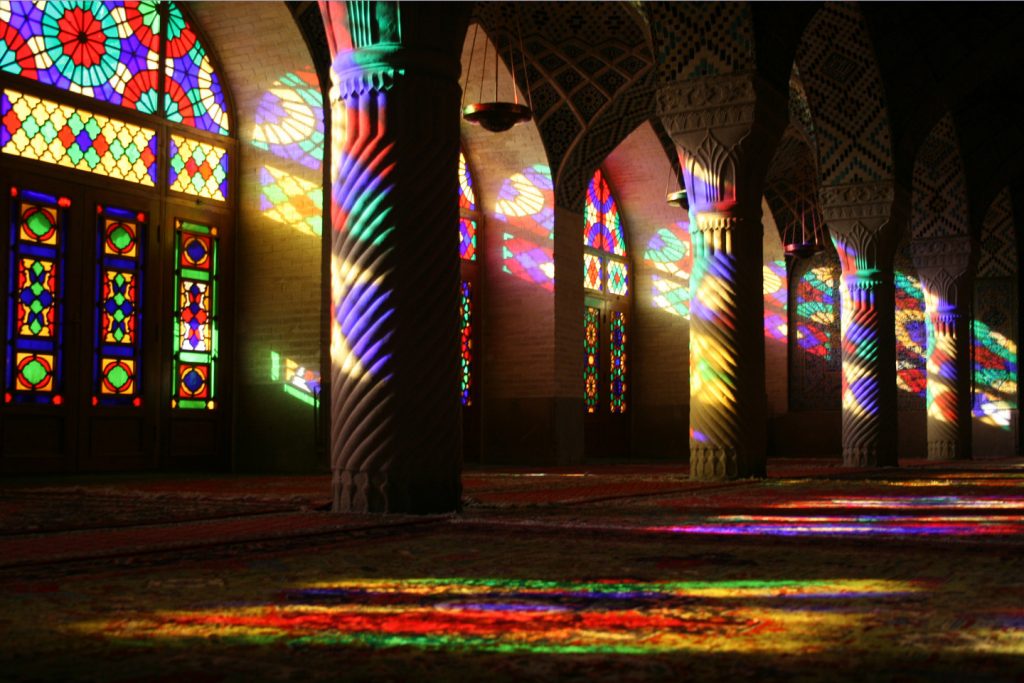 In full-day of the Persian legacy tour, you will visit Pasargadae, which begun under Cyrus the Great in 546 BC. The city of Pasargadae was quickly superseded by Darius the Great. You can visit the tomb of Cyrus, Private and public palaces of him. Necropolis, (Naghshe-E-Rostam).

The rock tombs are magnificent, hewn out of a cliff high above the ground, the four tombs are believed to be those of Achaemenid Kings, so the eight Sassanian bass reliefs carved in beneath the facades of Achaemenid tombs depict the sense of imperial conquests and royal ceremonies. 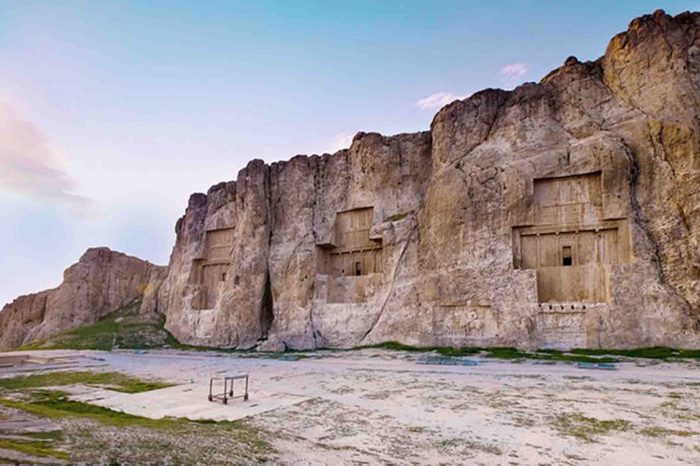 Persepolis, this magnificent site embodies the greatest success of the ancient Achaemenid Empire.

The monumental, staircases, exquisite reliefs immense columns and imposing gateways leave you in no doubt that this is the finest jewel in the empire’s crown.

In its heyday, the city spread over an area of 125000 sq. meters and it was the spring capital of Iran where the representatives of the nations came over in Nowruz (21st of March) to gift the Kings. In Persepolis, there are seven palaces that are either private or public. The Persian Legacy tour gives us a great opportunity to to feel the ancient Iran and makes it more tangible. 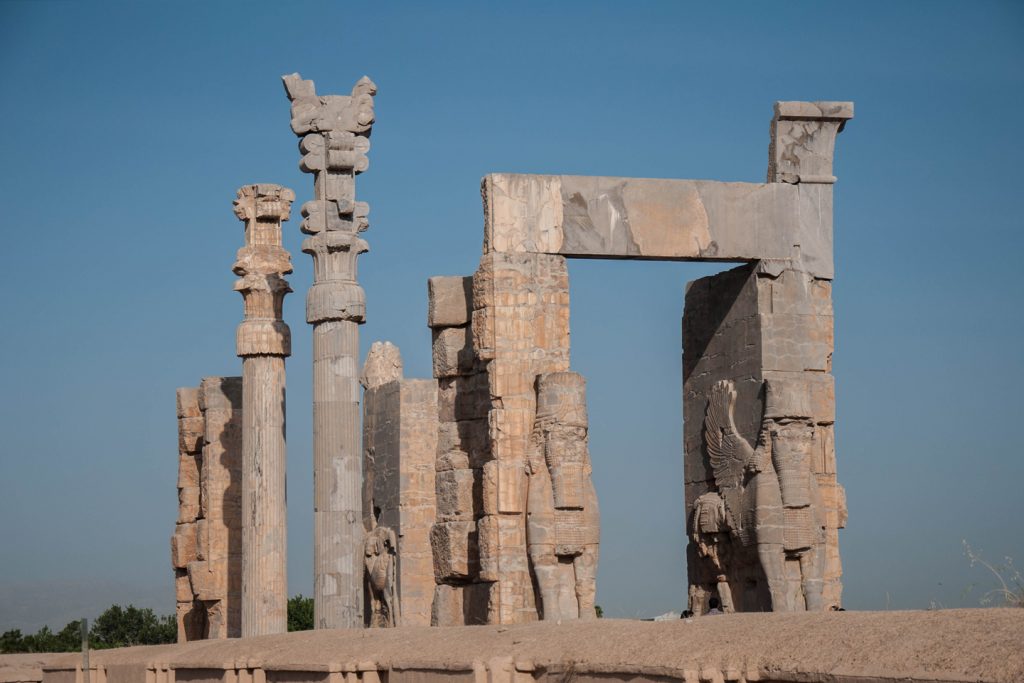 En route you will stop in Abarkoo (Abarqu) to visit the mud-ice-house and the cypress tree which estimated to be more than 4000 years old. You stay in an old Caravanserai in the heart of dessert at night.

Full day city tour of Yazd to visit: the Towers of silence, Fire temple, Amir Chakhmagh complex and you will get a breath-taking perspective of the oldest adobe city. In the afternoon you will visit the old district of the city, Alexander`s prison and Dowlat Abad garden.

En-route you will head to Meybod about 52 km North Yazd in order to visit the old post office, caravanserai and Safavid Mud-ice-house. Nearby Narin Castle. The afternoon is in your leisure. 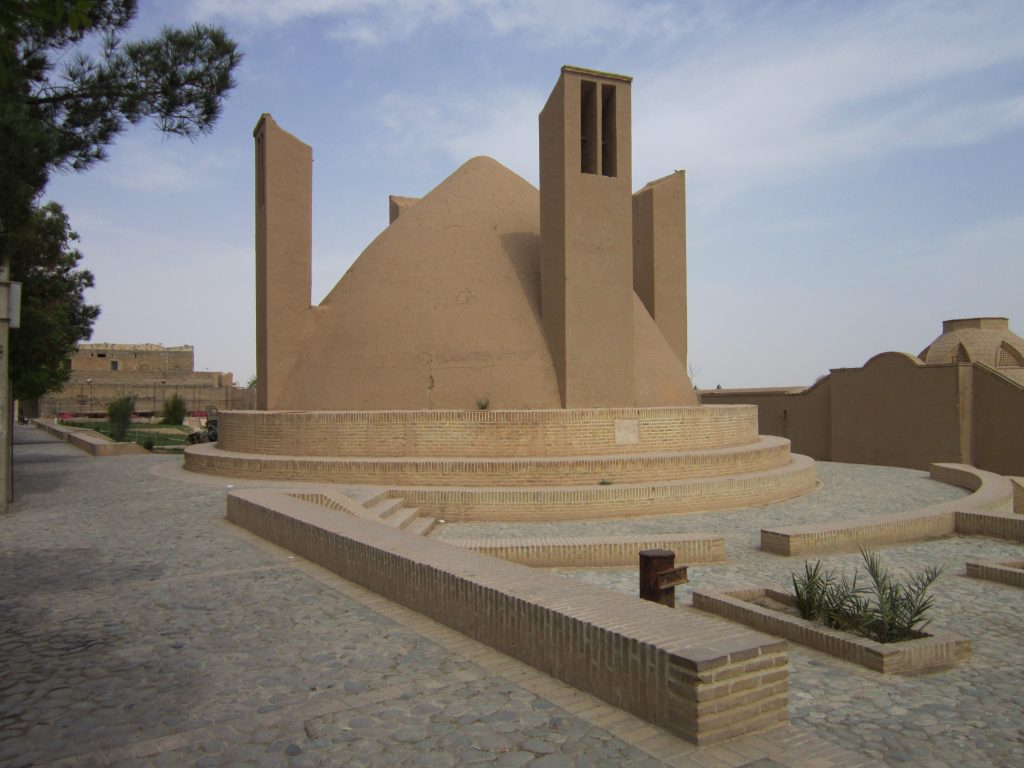 Isfahan is the capital of Islamic Iran and the jewel of ancient Iran. The exquisite blue mosaics of Isfahan`s buildings, Its great Bazaar, and gorgeous bridges demand as much as your time to spare.

In a full day city tour, you will visit chehel sotoon palace (40 columned). This palace is another highlight of Isfahan which dates back to 17 century. You also visit the Vank  church built in the time of Shah Abbas the first.

Afterward, you will visit Imam sq (Naghsh-e Jahan sq) and the bazaar.

En route you will stop in the UNESCO recognized village of Abyaneh, located at the foot of Karkas mountain. 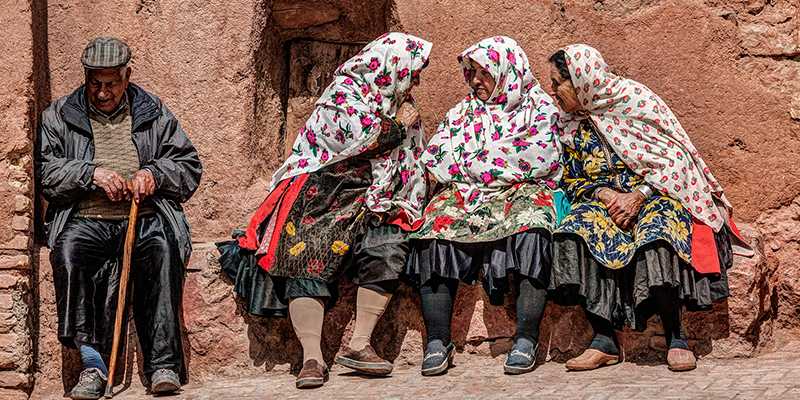 Kashan and its surroundings have been home to human settlements since at least 4th millennium BC. Some of the most impressive surviving architecture is from the Qajar era, where the mansions of the rich and powerful persons have been decorated with stucco, colored glass and lofty wind towers.

In full day city tour of Kashan, you will visit the Historical houses such as Boroojerdiha and Tabatabaee houses. 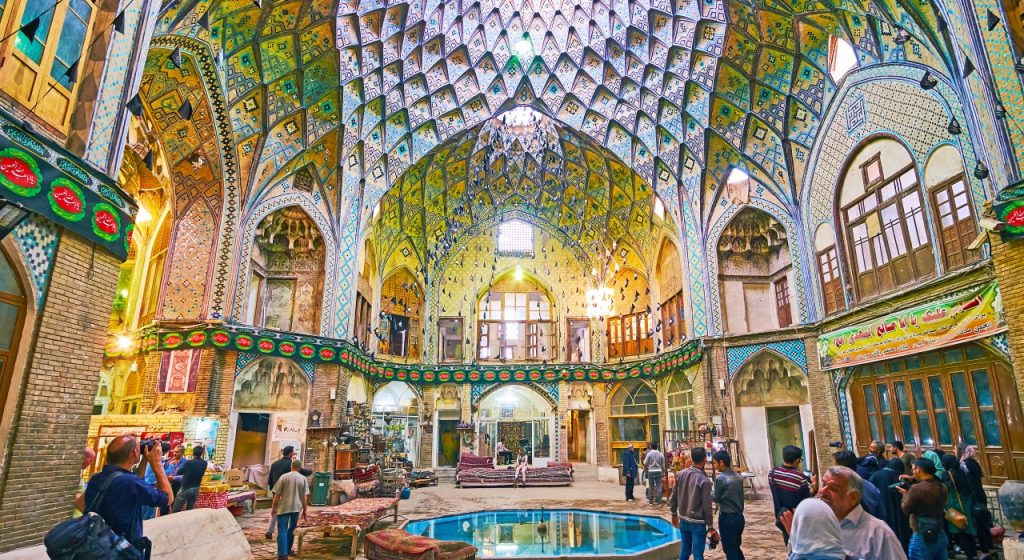 En route you will stop in Qom, the 2nd religious city of Iran after Mashhad, in order to visit the magnificent Hazrat-e Masoomeh shrine. 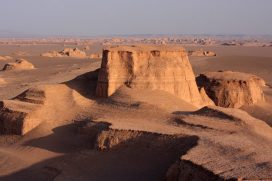 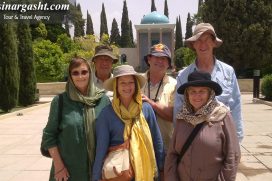 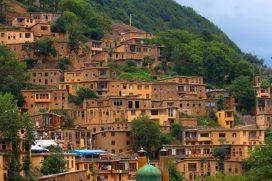