Yazd is located in the central regions of Iran and covers an area of 73,467 km2. this province is surrounded by Isfahan on the north and northwest.

The Capital of this province is the ancient city of Yazd. Other major towns of this province are Abarkooh, Ardakan, Bafgh, Mehriz, Meybod, and Taft. According to the census carried out in 1996, the population of this province 1,138,533. Although the majority of its people are Moslem, this province has been the center of Zoroastrianism for a long time ago. Its fire-temples attract the followers of this religion from all over Iran and the world.

Because Yazd is located on the borders of the desert and suffers the shortage of water and rainfall, it does not have prosperous agriculture. The old irrigation system of this region is in the form of underground water conducts known as”Qanats”.

This system leads the water from the foot of the mountains to the cities as well as the rural areas for agricultural purposes.

Pistachio, Almond, Pomegranates, and Cotton are the main or the major agricultural products of Yazd city. It is one of the richest provinces of mineral deposits such as Iron, Uranium, Lead, and Zinc. It is also rich in Gypsum.

The province is located on the outskirts of the desert and far from the sea. However, the province has highlands and the high mountains where humidity is somewhat higher and the temperature is lower.

The desert is considered the predominant natural feature of this province.  There are several major deserts in Yazd,  each of which has its particular attraction. Desert vegetation, flowing sands, mirages, and old caravanserai attract and fascinate any visitor. Abarkooh and Ardakan deserts are the major ones in this region.

Although Yazd is not rich in rivers and water, it has got regions with pleasant climates on the slopes of Shirkooh mountain. The green valleys and springs offer plenty of cool water and provide natural spots for recreation. Shirkooh is almost 4000 m above sea level and it is the highest mountain in the region.

This city, the capital of Yazd province, is 1,215 m above sea level and is 667 km from Tehran(The Capital).

Yazd has always been one of the important cities of Iran and one of the angles of the golden triangle of Iran’s Touristic cities(Shiraz, Isfahan, and Yazd). This city has been subject to the aggression of invaders less than other cities of Iran. So, many scientists and Sufis chose this place to reside. Yazd is called “the bride of Iran’s deserts”.

One of the essential features of Yazd is the Baadgir or the wind catchers(natural ventilation system) and based on it, Yazd is also named the “city of the wind catchers”. They change the warm breeze into a cool breeze in the hot days of summer. 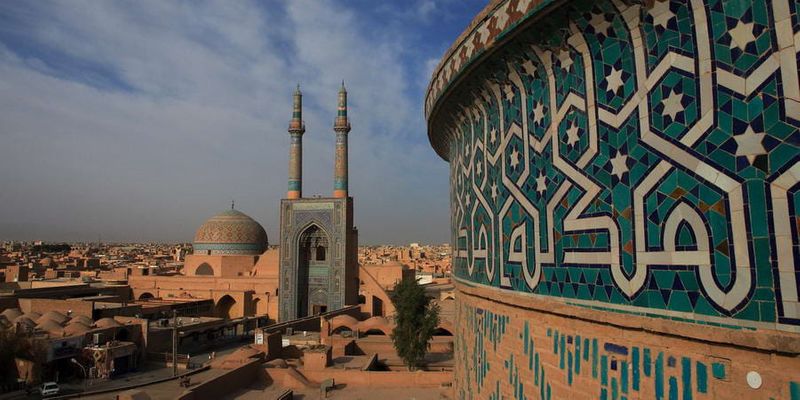 description: This mosque is the largest historical monument in Yazd and is a masterpiece of Iranian and Islamic architecture. Its huge and impressive dome in tile and plasterwork attracts many visitors to Yazd. 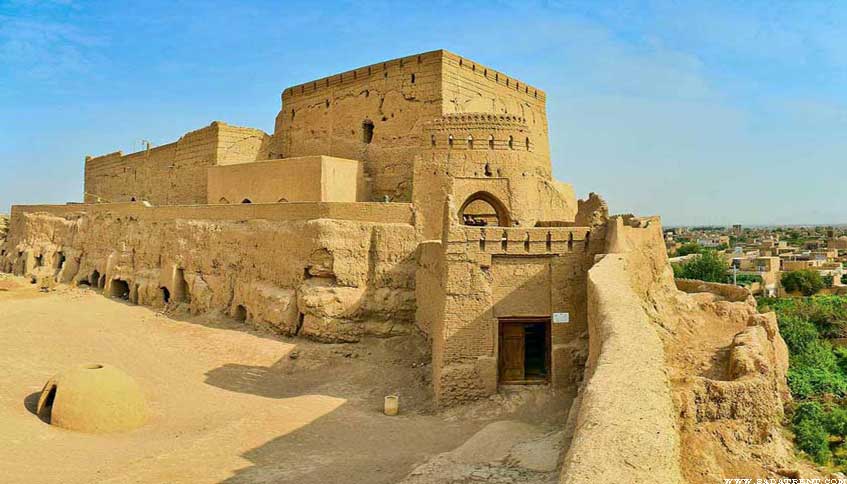 Description: This is an ancient Castle(about 5000 years old) which has been turned into ruins by the passage of time and still gorgeous and highly recommended to visit. 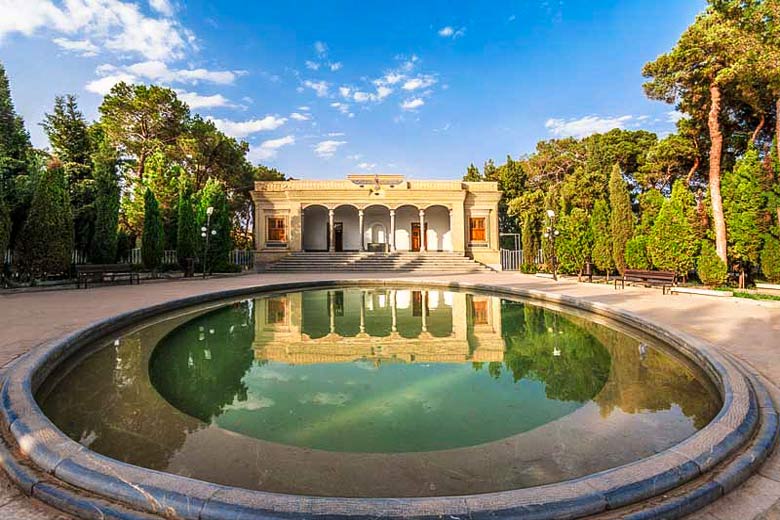 Description: The fire in the temple has been kept alight for the past 1500 years, but the building is 50 years old. 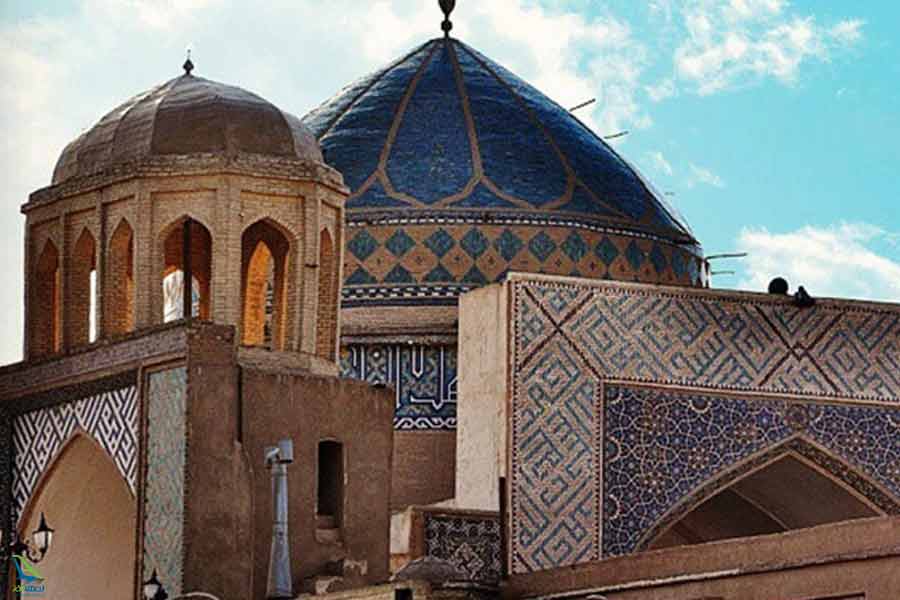 Description: This Mosque with its beautiful green dome and Marble stone, is the most remarkable historic monument in Yazd. 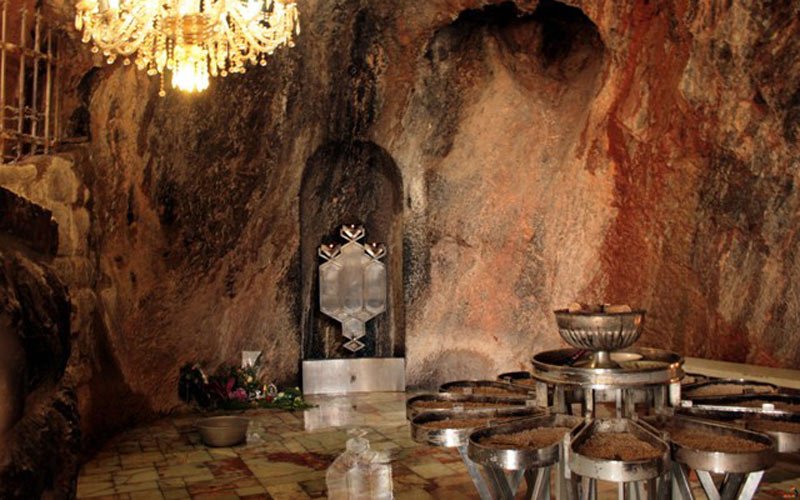 Description: These two temples which are located at a distance of 72km from Yazd are considered major temples of Zoroastrian society. The Zoroastrians come here for pilgrimage annually from all around the world. 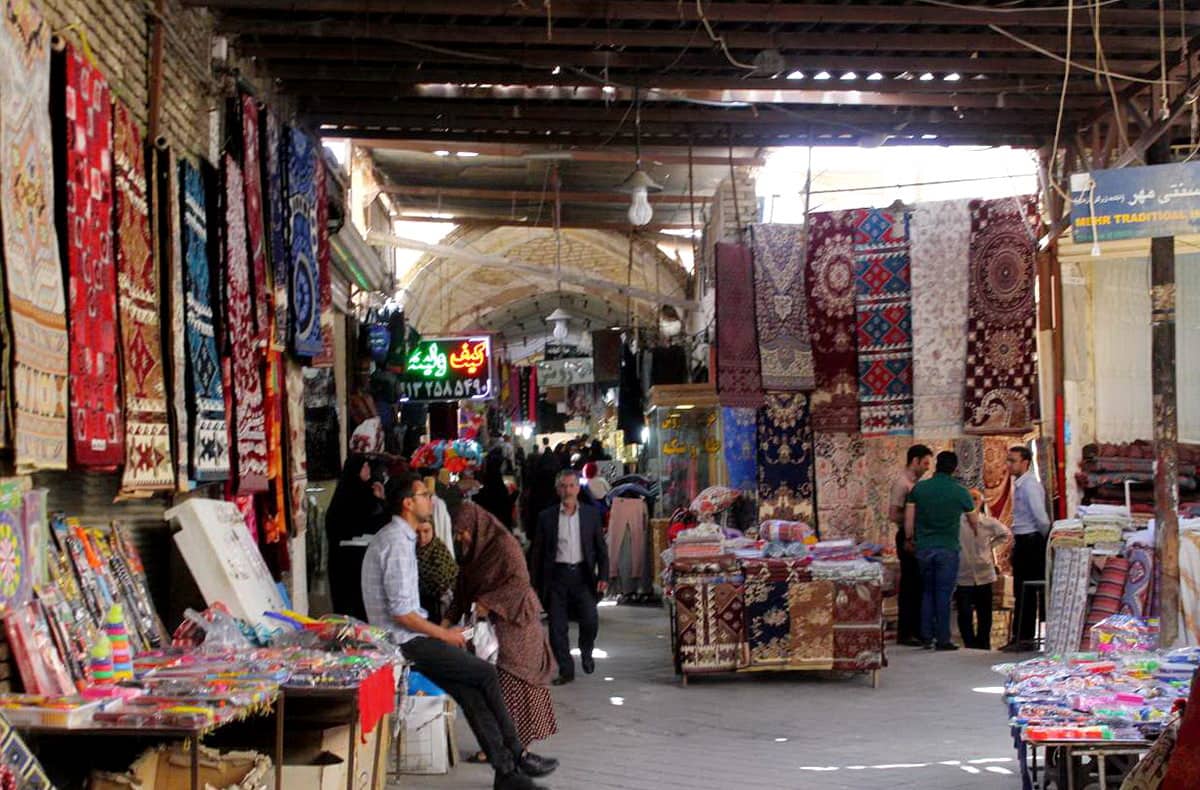 Description: The Bazaar is one of the oldest bazaars of Yazd, considering different parts such as Geisariyeh, Khaan, and Haji bazaars. 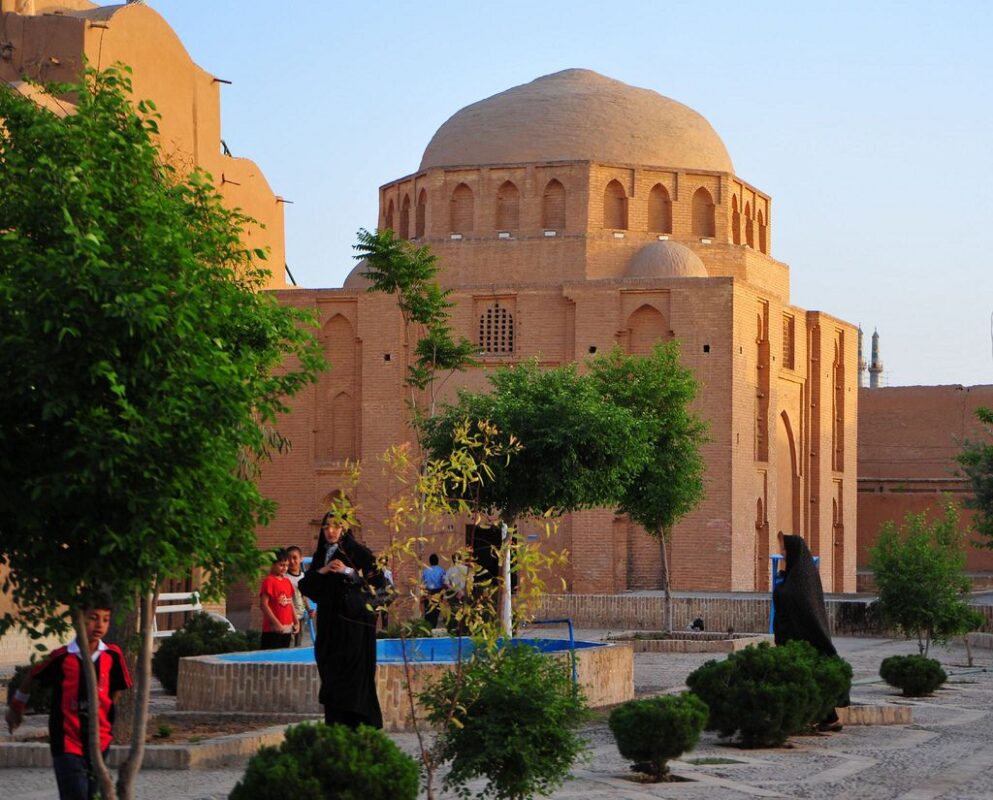 Description: This monument has a unique architectural style, related to the Seljuk era(11 & 12 century). Making new designs with simple bricks.