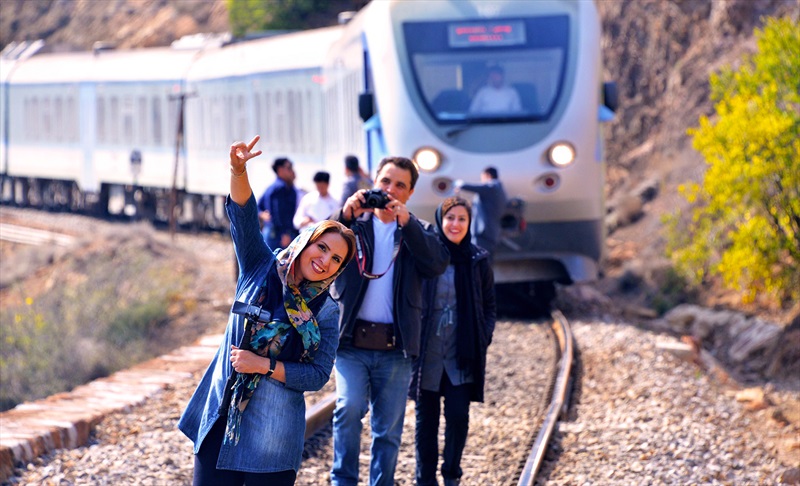 Iranian train Railway registered in UNESCO World Heritage site.  The properties have previously been assessed by visiting panels of experts from the UN body. The north-south railway reaches a length of 1400 km. The Iranian train Railway connects the Caspian Sea in the northeast with the Persian Gulf in the southwest crossing two mountain ranges as well as rivers, highlands, forests and plains, and four different climatic areas.

Started in 1927 and completed in 1938, the 1394-kilometre-long railway was designed and executed in a successful collaboration between the Iranian government and 43 construction contractors from many countries.

The railway is notable for its scale and the engineering works it required to overcome steep routes and other difficulties. Its construction involved extensive mountain cutting in some areas, while the rugged terrain in others dictated the construction of 174 large bridges, 186 small bridges and 224 tunnels, including 11 spiral tunnels.

Unlike most early railway projects, construction of the Iranian train Railway was funded by national taxes to avoid foreign investment and control. The railway can be regarded as a turning point for comprehensive developments in Iran.

These developments include a wide spectrum of various economical, commercial, social, cultural, and even political aspects in a sensitive and important period of contemporary world history.

Under the Pahlavi regime, the process of moving towards modernism gained momentum and the railway became the main pedestal of development in Iran

Consequently, the 1394 kilometers long Iranian train railway was built with a width of 1435mm and 90 working stations along its route.

It starts at a point north of Turkmenistan port located southeast of the Caspian Sea. After going through Sari and Qaem-Shahr cities, the railway enters the mountainous region of Alborz mountain range through the high Firooz-kooh Pass which is linked with Tehran and Varamin Plain by numerous bridges and tunnels.

Further on, after crossing the flatland of Qom and Arak, the  Iranian train railway penetrates Zagros highlands in Lorestan(west) Province and passing through a large number of tunnels and bridges reaches Andimeshk(South West) situated in the low Kuzestan Plain.

Finally extending to the vicinity of Dezful, Ahwaz, and its grand bridge on Karoon, the trans-Iranian railway is divided into two branches ending separately at Khoram-Shahr and Imam-Khomeini ports on the Persian Gulf.